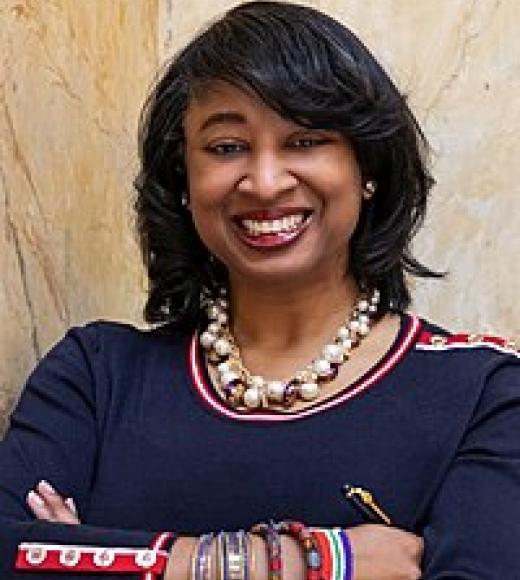 Before joining UC Davis in 2019, Dr. Tull was Associate Vice Provost for Strategic Initiatives at the University of Maryland, Baltimore County (UMBC), and Professor of the Practice in UMBC’s College of Engineering and IT (COEIT). Within COEIT, she served as part of the “Engagement” team, and pursues research in humanitarian engineering. Tull is Founding Director and Co-PI for the 12-institution National Science Foundation University System of Maryland’s (USM) PROMISE AGEP, and Co-Director/Co-PI for the NSF USM’s Louis Stokes Alliance for Minority Participation (LSAMP).

In addition to roles at UMBC and roles with grants, she also served the University System of Maryland as Special Assistant to the Senior Vice Chancellor for Academic Affairs and Student Affairs, and was the system’s Director of Graduate & Professional Pipeline Development. In 2017, Dr. Tull was appointed to serve as Chair for the University System of Maryland’s Health Care Workforce Diversity subgroup. Dr. Tull has engineering and science degrees from Howard University and Northwestern University.

An international speaker on global diversity in STEM, Tull has led discussions around the world on topics such as “Inclusive Engagement – Engineering for All,” “Cultivating Inclusive Excellence within Science, Engineering, and Technology,” work/life balance, family, and prevention of domestic and work-place abuse. She co-led Puerto Rico’s ADVANCE Hispanic Women in STEM project, and continues to lead the “Women in STEM Forum” for the Latin and Caribbean Consortium of Engineering Institutions (LACCEI) and the Engineering for the Americas/Organization of American States as LACCEI’s current Vice President for Initiatives.

Recognitions include: 2015 O’Reilly Media “Women in Data” cover, 2015 Global Engineering Deans Council/Airbus Diversity Award Finalist, and the 2016 ABET Claire L. Felbinger Award for Diversity. She has been an invited plenary panelist for diversity in engineering initiatives for the 2016 International Conference on Transformations in Engineering Education in India, and an invited speaker for the International Federation of Engineering Education Societies (IFEES) “Global Engagement in Diversity” webinar. She was also part of an invited United Nations Educational, Scientific and Cultural Organization (UNESCO) team for the “Engineering Report II” meeting in Beijing in September 2017, hosted by the Chinese Academy of Engineering. In 2017, she was appointed to a 2-year term for the National Academies for Science, Engineering, and Medicine’s committee on The Science of Effective Mentoring in Science, Technology, Engineering, Medicine, and Mathematics (STEMM). In 2018, she was invited back to the United Nations Headquarters to talk about women in engineering as part of a UNESCO-sponsored side event during the 62nd Session on the UN’s Commission on the Status of Women.

Tull has more than 50 publications, has given more than 200 presentations on various STEM topics, and is a Tau Beta Pi “Eminent Engineer.” She also engages the public on topics related to STEM and society, and was a speaker for “Diversity, STEAM, and Comics,” where “A” adds the “arts” to STEM, at Awesome Con in March 2018. She is a passionate advocate, global mentor, education policy strategist and champion for equity in STEM.